In the second quarter of this year, 3480 thousand households installed solar power plants with a total capacity of 98 MW. This is 1.7 times more than in the first quarter, according to the press service of the State Agency on Energy Efficiency.

Thus, today in Ukraine there are more than 35,400 families that have switched to electricity from solar energy. The total capacity of such SPPs is 933 MW. 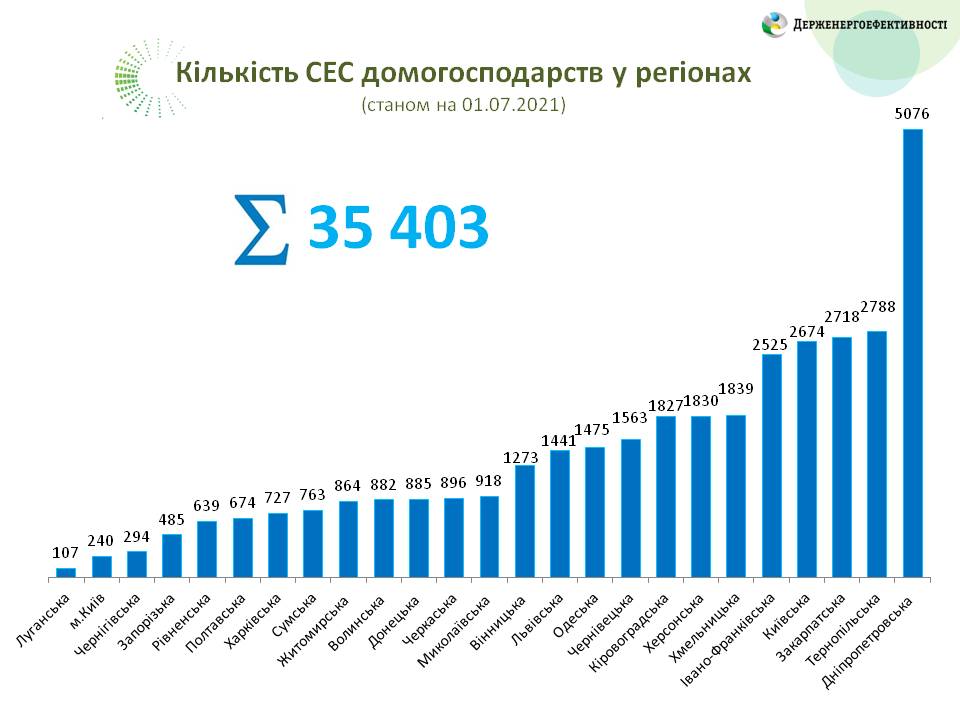 Households have invested about €730 million in solar power plants.

TOP-3 regions with the largest number of household solar stations in:

“We are observing how a new culture of using “clean” energy for our own needs is gradually developing in Ukraine. There are already more than 35 thousand households – the first prosumers in the country that produce and consume energy. But this is only 0.5% of the total number of households, of which there are more than 6.5 million in Ukraine,” Yurii Shafarenko, Deputy Chairman of the State Agency on Energy Efficiency said.

Also, such SPPs are small distributed generation, which is useful for the power system, since energy is consumed at the point of its production.