The Chairman of the Verkhovna Rada Committee on Energy and Housing and Public Services, Andriy Gerus, announced on his Facebook pagethat last night the first in the history of Ukraine restriction of the generation of clean producers occurred.

According to him, Ukrenergo has limited the production of Botievskaya, Prymorska-1, Orlovska wind farms. This limit was 300-400 MW in a specific night time.

“Nevertheless, according to the existing rules, DTEK will still receive a payment of 2.9 UAH per kWh (0.102 euros) for a feed-in euro tariff, despite the fact that the power system did not need and did not use the electricity produced by the corresponding wind farms (the price of the issue is millions of hryvnias). The corresponding payment will fall on the shoulders of the state Energoatom, Ukrhydroenergo and the Ukrenergo tariff, which will be paid by all consumers”, he said. 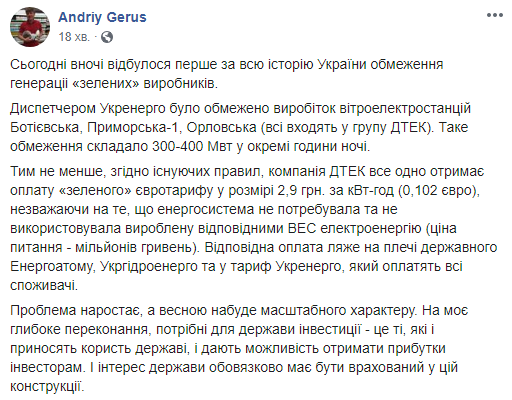 Recall that Prime Minister of Ukraine Olexiy Honcharuk said that the government would seek a joint solution with renewable energy investors on the issue of tariffs.

Recently, a number of draft laws have been submitted to the Verkhovna Rada with amendments to the Law “On Electricity Market”. It is proposed to change the rules for balancing the “greens”, whose capacity exceeds 150 MW, and also to allow the National Energy and Utilities Regulatory Commission to set the maximum price for electricity.

Earlier it was reported that from January 1, 2020, Ukraine would change clean energy support system - instead of a fixed feed-in tariff, auctions would be held to determine the price of electricity that would be generated by new capacities.

Owners of rooftop photovoltaics earned UAH 6.5 million in Kyiv in 2019
Guaranteed Buyer has paid UAH 758 million for “green” electricity since the beginning of 2020
Ukrainian scientists: there is pure hydrogen in Rivne region 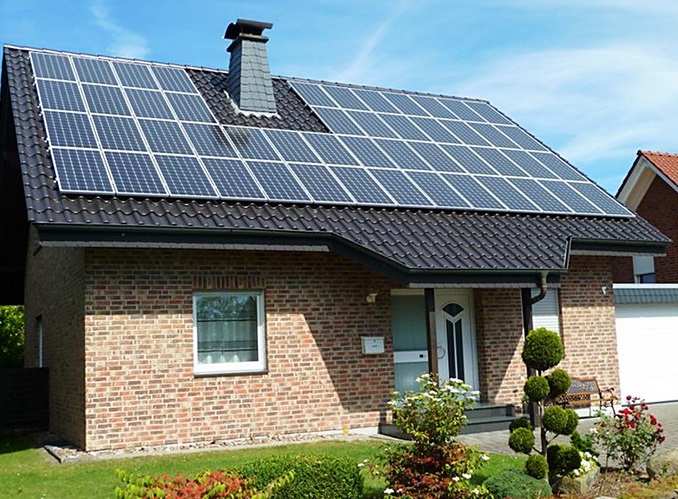 Owners of rooftop photovoltaics earned UAH 6.5 million in Kyiv in 2019 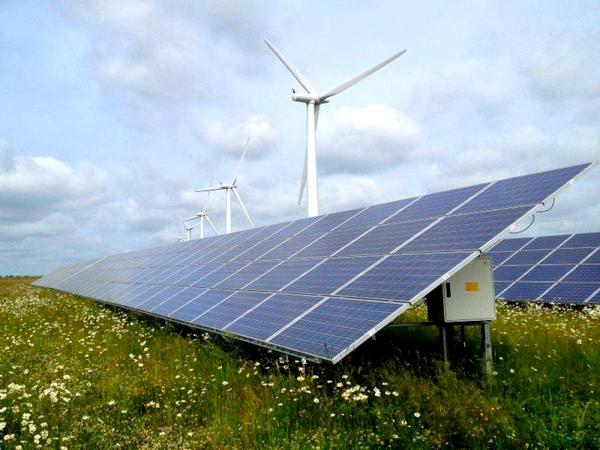