According to the American Wind Energy Association (AWEA), US installed wind power capacity has reached 100 GW. It is reported by Renen.

It took 28 years to build the first 25 GW, and the next 75 GW were commissioned in just 11 years, says the Head of AWEA.

100 GW of wind power in the United States is capable of generating 8% of the country's electricity, this amount of energy can fully provide consumption in the state of California. 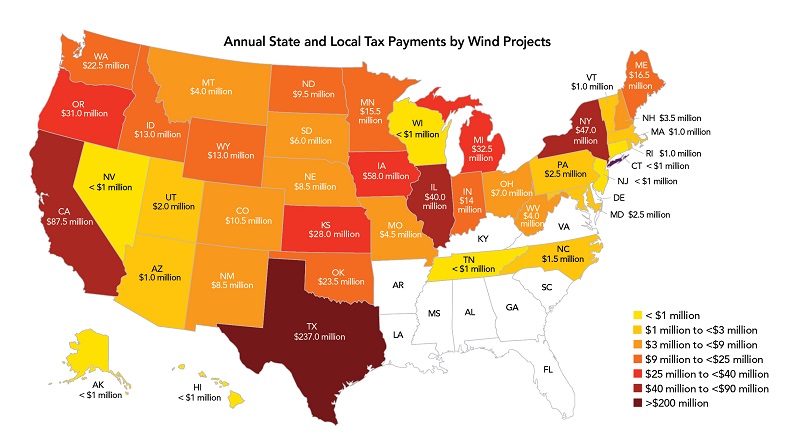 Wind power is the cheapest in the United States. According to the latest report of the Ministry of Energy, the average price of wind energy under PPAs concluded in 2018 is significantly lower than two cents per kWh.

The Head of the large energy company NextEra noted that the cost per unit of energy of new wind farms, even equipped with short-term energy storage, is much lower than that of new gas power plants.

It was previously reported that in April 2019, US clean energy was ahead of coal for the first time in the country's history. The cost-effectiveness of solar and wind generation has made their use not only feasible, but also economical for US utilities.