Clean generation opposes retrospective reduction of a feed-in tariff – this will kneecap investment stability in Ukraine.

Last week, President of Ukraine Volodymyr Zelensky expressed one thought that stung the participants of clean energy market during his press marathon. In particular, he said that feed-in tariffs in Ukraine are high and should be reduced.

At the same time, Mr. President noted that this issue was complex, and he understood that the state had signed a contract with renewable energy companies and could not violate it. But he “is confident that through communication with companies one can find a common language, because we must not lose relations with companies that already have got projects”.

The representatives of the sector – investors, policy makers, developers – gathered at a round table to discuss rumors about tariffs reduction.

The main thesis: a retrospective reduction of a feed-in tariff is unacceptable. This is reinforced by the experience of European countries, the high probability of loss of investor confidence, and as a consequence, their investment.

The experience of European countries is really instructive. A very striking example is Spain. Due to tariff reduction in Spain, litigation with a total value of 8 billion euros continues. About 46 arbitration cases have been opened, of which 9 cases have already been resolved in favor of an investor. In total, 790 million euros of compensation have already been paid. Italy has a similar situation, albeit on a smaller scale. 9 arbitration cases have been opened, of which 8 have been won by investors, the state has won 1. According to the results, 22 million euros have been paid (the scale of the projects themselves is less, therefore the amount is less). So the state pays anyway, albeit not a feed-in tariff, but legal costs and compensation.

Regarding the loss of investors’ confidence and lower investment inflows, representatives of the “green” sector have two arguments. Firstly, over the past 18 months, the renewable energy sector has attracted $4 billion investment in Ukraine. And by the end of the year, this figure could reach $5 billion, according to the representative of Bloomberg New Energy Finance (BNEF) Kateryna Poseidon. Secondly, if to abandon a feed-in tariff guaranteed by the state, then Ukraine will undermine its reputation (which is already not the most impeccable) by violating its obligations. This, in turn, will make it impossible to achieve the plan voiced by Prime Minister Olexiy Honcharuk – to attract $50 billion in investments over the next 5 years – and this goes against the statements of Volodymyr Zelensky that investor interests are set in stone and are of the highest priority.

of the main participants of the renewable energy market from the chairman of the association to the representative of the EBRD, the largest investor in clean projects in Ukraine.

“The economy is not built on money, but on trust. The main task of the state is not to lose investors’ confidence”.

“The sphere of renewable energy is not a problem, it is a method of solving a problem at the energy market. “Green” energy is the driving force behind investments in general”.

“Ukraine is quite far behind developed countries in the field of the electricity market development, so Ukrainian realities also overlap with tariff reduction problems that European countries had: the need to take into account PSOs, cross-subsidization and uneconomically reasonable tariffs”.

“Most often, the recovery of compensation after tariff reduction is carried out on the basis of the Energy Charter, which Ukraine has signed and ratified. Therefore, we will not avoid such a fate. This will lead to claims in international arbitrations, which are estimated at hundreds of millions of dollars. As well as the loss of investors’ confidence in reducing the country's investment attractiveness, investment flow... Most projects are financed by international banks, so, relations with them will also be affected”.

“Renewable generation is also the cheapest in Ukraine, as well as in most countries of the world. Levelized costs are the lowest...”

“We are the only ones in the energy sector who are honest taxpayers of all types of taxes. This month, my companies have to pay about $1 million in income taxes. I do care where this money goes... The cash flow that the country receives in the form of taxes is equal to that received by the private business”.

“Everyone says that we (“green” generation – ed.) have very expensive electricity. This is not true, we just do not have other payments from the budget (in support of mines, the fund for decommissioning nuclear plants, cross-subsidization, etc.) and we have depreciation”.

“We believe that politics should stimulate the cheapest “green” energy”.

Andriy Gerus, the Verkhovna Rada Committee on Energy and Housing and Public Utilities

Chairman of the Verkhovna Rada Committee on Energy and Housing and Public Utilities Andriy Gerus was also invited to the round table. Embraced by strangers. Mr. Gerus said that he “does not want to act as the devil’s advocate” and, repeated everything that Zelensky said with one clarification.

“I do not support the idea of ​​retrospective tariff reduction”, Gerus said after citing examples of successful, in his opinion, historical victories in reducing the burden of a feed-in tariff at the market (the growth of tariffs for the population in 2014 and transfer of payments of a feed-in tariff from Ukrenergo to Guaranteed Buyer) and noted that “problems are better solved when the principle of equality of opposing views is observed during the discussion”:

“We need to look for complex solutions: not from sympathy or antipathy, but based on the objective reality that develops”.

“We must understand the situation comprehensively... We need to hear market participants to make a dialogue without a conflict with market participants... But we cannot ignore the problem. It’s much better to compromise a little”.

Serhiy Savchuk, Chairman of the State Agency on Energy Efficiency, has not yet commented on the development of events, but declares that the position of the Agency is in tune with the position of the Ministry of Energy. The position was agreed after the round table at the meeting. 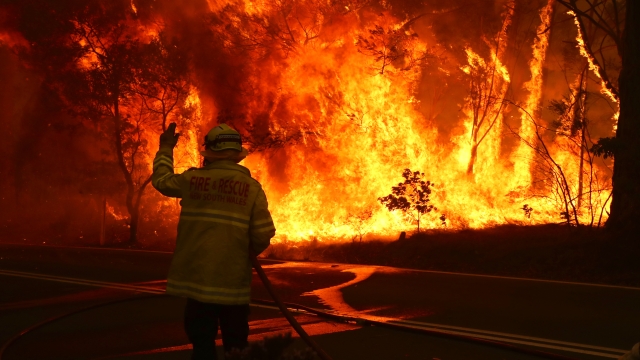