This was stated by the President at a meeting with miners' unions in Kyiv.

A new report claims electricity demand and industrial output remain ‘far below their usual levels’ after the epidemic outbreak.

This amount is necessary to increase the share of alternative sources up to 75%.

The power of the solar station is 8 kW.

The Minister will meet with mine workers.

The company also acquired 238.5 thousand MWh of electricity from Ukrenergo.

The fourth power unit, which was under repair, was commissioned.

The total share of renewable energy – the sun and wind – amounted to about 59%.

Ukrainian legislation for electricity storages needs to be adopted faster.

The authorities are seeking a compromise with the market.

The solar station will have a capacity of 34 MW. 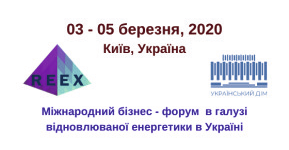