The states plan to cooperate in reforming the coal industry, developing renewable energy and in the context of decarbonizing the economy as a whole.

On September 15, the company again enters the Ukrainian energy exchange to purchase coal.

State mines are proposed to be divided into three categories.

As of today, wage arrears, which could have been financed from the state budget, have been completely closed.

On September 8, representatives of the central office of the State Labor Service are going to Kryvyi Rih.

Centerenergo is looking for coal suppliers

The company invites potential partners to participate in the auction.

The interests of miners in criminal proceedings will be represented by the advisor acting Energy Minister Oleksandr Trokhymets.

Centerenergo transferred UAH 5 million to Nadiya mine to pay salaries

The financial audit of the mine revealed numerous violations in the activities of the previous management of the enterprise.

The company is ready to actively join the creation of a vertically integrated structure.

Representatives of the specialized department conducted a detailed financial audit.

UAH 216 million have already been directed to state mines.

At the beginning of July, Centerenergo announced plans to attract UAH 1.3 billion in loans. 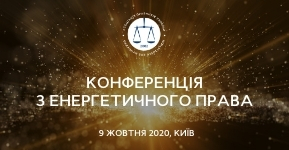